Garabet Hagop Yacoubian, started out as goldsmith in the old city of Nicosia (Ledras street), after a long journey of leaving behind is home and most of his belongings.

As being a goldsmith was an "expensive" trade and wasn't able to make a living, he started collecting metals, along with keys. He then found a need for people who needed keys to be cut, hence began with duplicating keys.

He would make molds for keys and file them by hand, make them as identical he could to the original, give the key to the customer and always say "If it doesn't work, please come back, will make it work." There was more demand and it this is how he managed to feed a family of 12.

As years went by, his brother Abraham and son Hagop Yacoubian, helped out, and with his customers list grew and more business opportunities opened up. 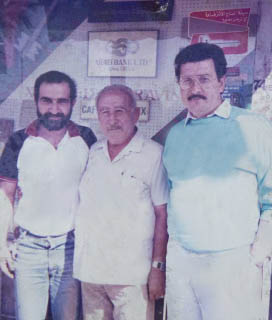 TALK TO US ABOUT YOUR NEEDS.